A Town Made of Stone

4 June 2017
It’s been a while since we’ve published a blog entry. As our time for these travels comes to a close, I feel less and less inclined to write. I don’t know if I am truly “worn out” by travel and am ready to head home, or if it’s just that the calendar says we’ll be leaving soon. But whatever, the words ain’t flowin’!

We’ve been in Lecce, the main town of Salento (the heel of the Italian boot) for a bit over three weeks. It’s a small, quiet town in a rather unassuming area of Italy. So why did we pick it? Tomatoes. Buffalo mozzarella. Basil. Olive oil. In short, food!

Many areas of the world claim to have special dishes or extraordinary cuisine. Some do, some don’t (in fact, I feel a rant coming on… but we’ll save that for another blog posting). But Italy delivers on the food front. And the freshest food is in Puglia, the south-eastern region of the country. (I have to be careful here, because every region in Italy is proud of their specialties!)

So yeah, Puglia.* Why Lecce, specifically? Well, did I mention it was a small, quiet town? I’ll add amazing buildings, a very walkable old town, and not far from beaches on two different seas (the Adriatic to the east, and the Ionian to the west). We were here three years ago, for only a couple of days, and it certainly seemed worth revisiting.
* Puglia is the entire south-eastern shin of Italy, from the bone-spur of Vieste to the stiletto tip of Punta Ristola; Salento is just the peninsula south of Ostuni or so.

What’s remarkable about Lecce is the buildings. Made of a local stone (Pietra leccese) that is both strong and soft. Strong, for solid buildings; soft, and so easy to carve. And nearly every building is decorated with elaborate carvings. Today’s prominent buildings were built in the 17th century, at the height of the Baroque period, when every artistic expression – painting, sculpture, dance, architecture – was elaborately over the top. It was a “visceral appeal aimed at the senses. It employed an iconography that was direct, simple, obvious, and theatrical…”.
-- From Wikipedia, the free encyclopedia

Let’s have a look: 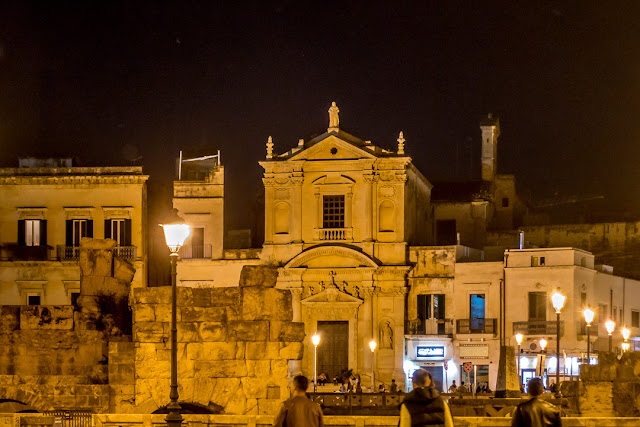 The thing about Lecce is there are no specific “sights”, no famous tower or impressive ancient ruins. But as we stay here longer, I’ve come to appreciate the small pleasures; coming around a corner and seeing this: 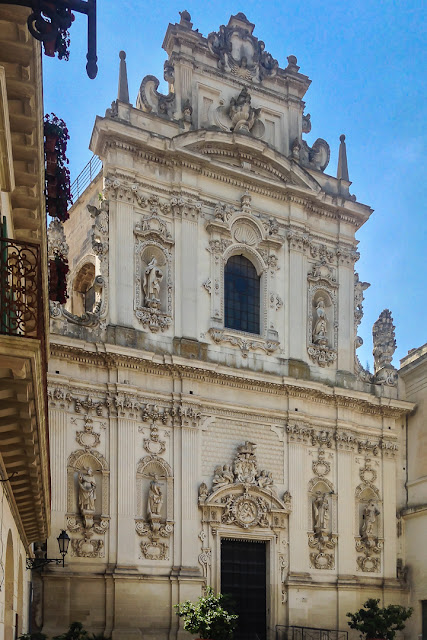 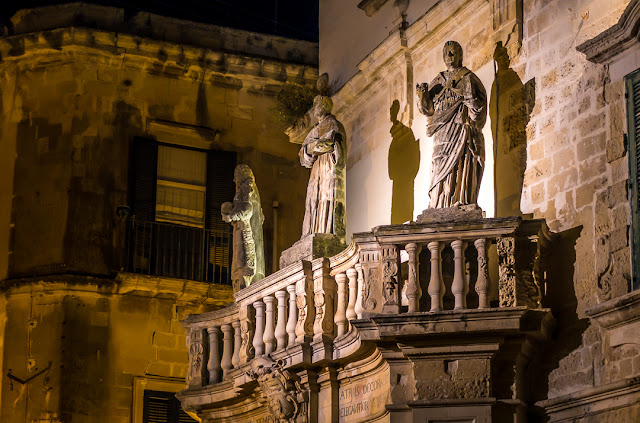 Or these little guys, in a side-chapel of the main cathedral: 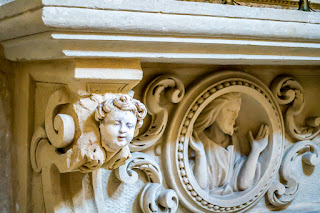 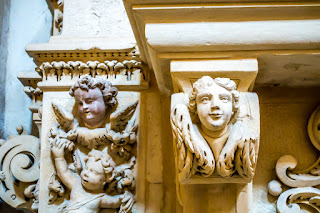 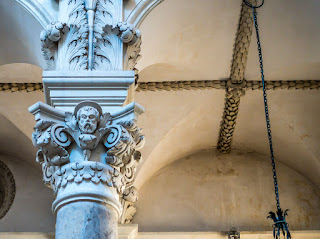 Aside from photographing buildings, what have we done?

We rented a car for three days and visited the coast south of here, steep and rocky, reminiscent of the Big Sur coast. 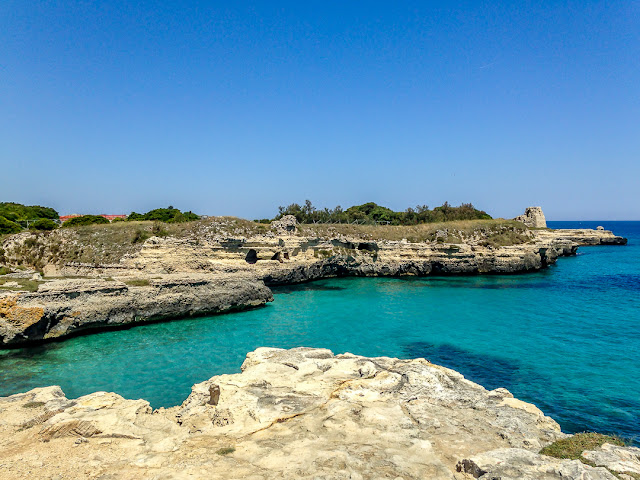 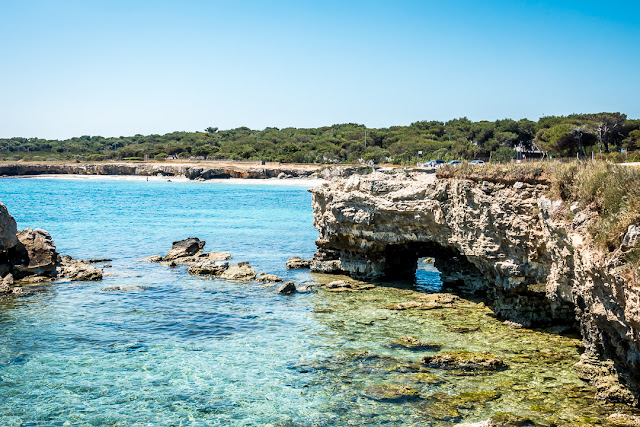 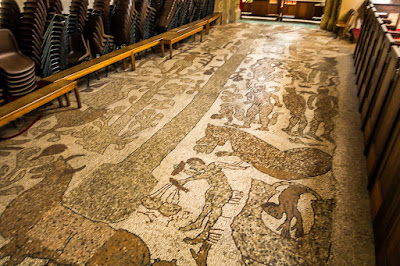 We got a visit from our dear friend Maureen (a little bit of home!), and the three of us took the train to Gallipoli, a smaller city on the Ionian Sea due west of Lecce. 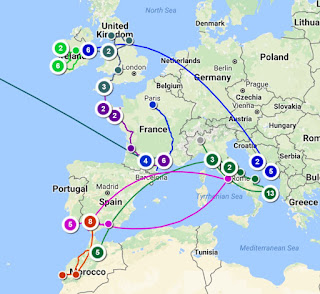