Our Month in France

Van Gogh in an Abandoned Quarry
Last spring we visited a sound-and-light show in Les-Baux-de-Provence (about an hour east of here) called Carrières de Lumières, with images of Van Gogh paintings and Japanese art projected onto the walls of an old quarry. (I wrote about it in a previous blog here.) It was extraordinary, and we were very happy to re-visit it.

It was every bit as good the second time around… and this time I brought a better camera.

The projections on the multiple walls, and on the floor, where mesmerizing. Here’s a little video Paula and I put together including some of the music used in the show: 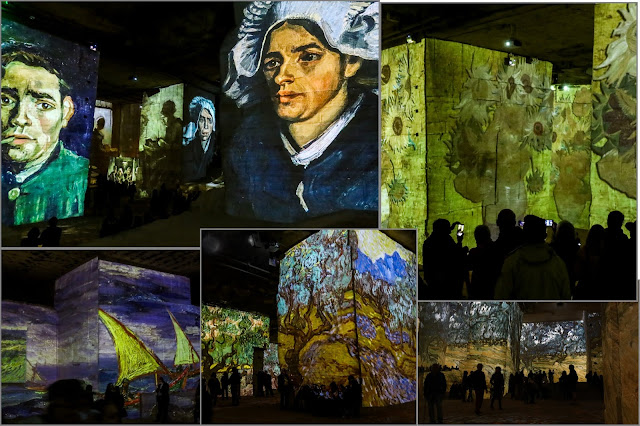 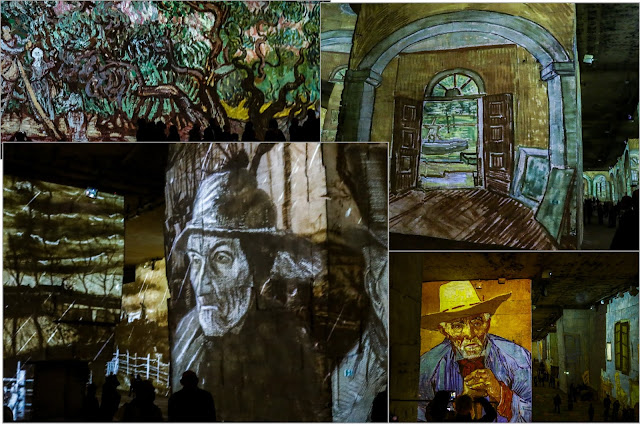 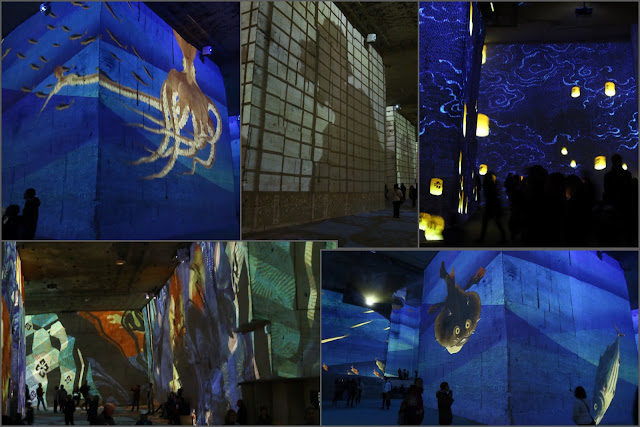 The Gazette Cafe
After our first two weeks overcoming jet lag and getting settled into our new life we have begun to explore the many cultural opportunities available here in Montpellier, which is, after all, a college town. We’ve met people through cultural meet-ups, we’ve reconnected with friends we made when we were first here. Paula has started watercolor lessons taught by a wonderful young woman who has only recently arrived in Montpellier herself from the east of France (the Alsace region).

On previous visits to Montpellier we discovered the Gazette Cafe, a cafe and performance venue an easy walk from where we live. We’ve heard some good folk, jazz, and even blues there in the past. So we were ready to go last night when Paula found that Djamel Djenidi, an Algerian musician, would be playing with his orchestra, El Djamila.

Now, given France’s former colonies in North Africa—in Algeria, Tunisia, and Morocco—an Algerian musician living in Montpellier is not unusual. What caught my attention was that he would be playing the music of Georges Brassens, very much a French musician. How would that play out, I thought: mixing Algerian / Arabic music with French folk? Certainly worth checking this one out!

We were met at the cafe by another American ex-pat, Debra. The three of us ordered a bottle of wine and prepared for some serious listening. The eight or so players on the stage started easy, with some popular French songs, some of which had been translated into Arabic. But it wasn’t until the break, half-way through, that things really got swinging.

Given Montpellier’s proximity to North Africa it is no surprise that there are a great many residents from France’s former colonies. Most of those in attendance that night had come expressly to listen to Mr. Djenidi, a well-known musician… and, they knew all the words! By the end of the evening most of the room was up, dancing and swirling to the compelling Arabic rhythms.

But there was still a surprise in store. Mr. Djenidi, announced he would play the most popular French song ever. We were waiting for... La Vie en Rose? Je ne Regrette Rien? Frère Jacques?

No, it was Autumn Leaves. What?

“But I miss you most of all my darling / When autumn leaves start to fall”. That’s not French! No, that’s the English version written by Johnny Mercer (who wrote an astonishing number of hit songs in the US, and sang a good number of them; his version of Autumn Leaves is here). But the song originated in Paris, written by Joseph Kosma, a Hungarian, with the title “Les feuilles mortes” (The Dead Leaves). The original French lyrics were written by Jacques Prévert, well-known poet and screenwriter. (A young Yves Montand does a fine job of singing it here.) While the lyrics of the two songs are quite different, they share the theme of a lost love, with the falling leaves of autumn a powerful metaphor.

We walked home at midnight through the still boisterous streets of Montpellier (did I mention that it was a college town?), stunned, yet buzzing with the melodies, the spirit, and the adventure of the evening!